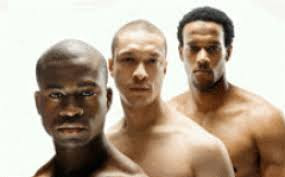 Half of gay and bisexual black men and a quarter of gay and bisexual Hispanic men will be diagnosed with HIV in their lifetimes, the Centers for Disease Control announced in a first-of-its-kind study on Tuesday.
While the lifetime risk of a positive HIV diagnosis has fallen from 1 in 78 Americans overall in 2005 to 1 in 99 today, the decline has not been distributed equally among the U.S. population. For the foreseeable future, the CDC estimates that gay, bisexual, black and Hispanic people will continue to bear the brunt of the HIV epidemic. The new study is the first time that the CDC has estimated lifetime HIV risk based on race. This was part of a story which was reported on by Samantha Allen of the Daily Beast.

In the last 24-hours I have seen many people's opinions about what this means and going a step further to determine  why this is the case. This was part of a response which was provided by Charlay Banjee

"What I've been thinking is that no where in the CDC report does it point to the following as factors of HIV contraction for Black MSM: stigma, racist medical practices, heteronormativity, lack of self-efficacy, historical lack of cultural competency especially in consideration of intersectionality within msm populations, economic disenfranchisement, lack of Black-led health centers (non profits and hospitals/clinics included), HIV medicine-induced illnesses...

Also missing is how "msm" communities and practices therein have specific needs that no universal plan of action can "fix." The myopia of using "msm" as an all-inclusive label speaks to the laziness of the CDC in recognizing that Black queer- and straight- identified people are complex. Black DL men do not have the same concerns as openly gay Black men. Some "men" do not identify as men. The young do not live as the older. Those who try to claim risks for a community need to know the community. The CDC does not know.

Reports like this increase the anxiety that perpetuates the same behavior that puts ppl at risk for contacting HIV. Dr. Jeffrey McCune said it best that we need paired with these reports possibilities of getting toward a lower rate of contraction. Also, the panic over the 1 in 2 number, though understandable as we want fewer people contracting HIV, speaks to our overall internalized stigma of the virus and too shows rightfully so what little faith we have in current modes of prevention. It's a thin line: prevention for health's sake versus prevention for alleviating our own fear.

We can do the work but I'm not sure we know anymore what that work looks like because for so long it has been the antithesis of Black radical empowerment. I don't have the answers, and it's ok that we don't. We've yet to be honest enough."

As a person who has worked tirelessly regarding HIV education and prevention the statistic was not surprising. Additionally it is a known fact that HIV prevention occurs in cycles. The money and focus was on white MSM early on and then their numbers started to drop. Then the money and focus gets moved to the next group. We know that there are social inequalities which contribute to HIV exposure. Poverty, lack of education, drug use and the list goes on. What is the answer?

CDC data collection and reporting leaves a lot to be desired in every realm of epi-data. The purpose of the data which was reported at CROI was to sound an alarm, which those of us working in HIV prevention, has already known. Human behavior is very dynamic and complex. That being said, communities of color will have the best chance of tackling HIV rates in their own communities. "Nothing about us, without us." This is why we have been trying to engage the faith-based communities and leaders to take the lead on HIV. This has been something that many will not do. When was the last time that we heard Reverend Al Sharpton talking about HIV infection rates in the black community?

Dr. Jeffrey McCune shared his thoughts regarding the announcement of the data by saying, "Scientific Racism is when scientists predict 50% of "black gay men will have HIV" before it even acknowledges that we exist outside a larger white gay paradigm. Consequently, suggesting something to the tune of "if you black and gay HIV is inevitable, just cause you black and gay." And to that point, scientific racism is when such predictions aren't immediately followed up with preventative measures to curb such probability. Finally, I am curious as to what such predictions do in terms of discouraging HIV-testing and conjuring all types of anxieties around sex and sexuality within the black gay community, as well as the impact of such salacious news within the communities in which they live, reside, and love."

Please let me know you thoughts regarding the release of this study and this data...
Posted by Unknown at 8:00 PM

I'll check out the study by tomorrow and let you know my stance on it. Follow my blog www.dam0n.org ... thats a zero not an oh ;)

fix your marriage and relationship after a divorce or breakup right now no matter how hopeless your situation seems.
My husband and I have been married for about 7 yrs now. We were happily married with two kids, a boy and a girl. 3 months ago, I started to notice some strange behavior from him and a few weeks later I found out that my husband is seeing someone. He started coming home late from work, he hardly care about me or the kids anymore, Sometimes he goes out and doesn't even come back home for about 2-3 days. I did all I could to rectify this problem but all to no avail. I became very worried and needed help. As I was browsing through the internet one day, I came across a website that suggested that Dr Unity can help solve marital problems, restore broken relationships and so on. So, I felt I should give him a try. I contacted him and he did a spell for me. Three days later, my husband came to me and apologized for the wrongs he did and promise never to do it again. Ever since then, everything has returned back to normal. I and my family are living together happily again.. All thanks to Dr Unity . If you need a spell caster that can cast a spell that truly works fast, I suggest you contact Dr Unity. He will not disappoint you. mail him at: Unityspelltemple@gmail.com or contact him through his mobile number number : +2348072370762.

Hi, I work in a communication company I want to share my testimony to the world, my name is Doris pinto, i am from united kingdom in belfast north ireland, I was a stripper in a club I got effected with HIV due to the nature of my job, In april 15 2013 i was tested positive to HIV, Believe it or not this is a true life experience. This is not design to convince you but its just a personal health experience . I never taught doctor Abija could ever get my HIV-AIDS cured with his healing spell, i have tried almost everything but I couldn't find any solution on my disease, despite all these happening to me, i always spend a lot to buy a HIV drugs from hospital and taking some several medications but no relieve, until one day i was just browsing on the internet when i came across a great post of !Michelle! who truly said that she was been diagnose with HIV and was healed that very week through the help of this great powerful healing spell doctor ,I wonder why he is called the great papa Abija, i never knew it was all because of the great and perfect work that he has been doing that is causing all this. so I quickly contacted him, and he ask me some few questions and so i did all the things he asked me to do, He never collected any money from me until I was finally cured, only to see that at the very day which he said i will be healed, all the strength that has left me before rush back and i becomes very strong and healthy, this disease almost kills my life all because of me, so i went to hospital to give the final test to the disease and the doctor said i am HIV negative, i am very amazed and happy about the healing doctor Abija gave to me from the ancient part of Africa, you can email him now for your own healing too on his email: spirituallighthealing101@live.com thank you doctor for healing me from HIV. I am free and happy!