Busting down the Closet. 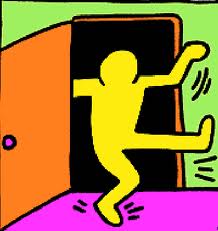 For a gay male who is HIV positive there are two times in which they come out of the closet. First is the disclosure that you are gay. Coming from a religious family I knew what this meant for me. The simple belief that you somehow chose this lifestyle is a belief that is widely held not just by my family but by a portion of society. I have often wondered why someone would choose, willingly, to have this type of rejection and persecution for a life. Even though it was difficult to come out to my family there have been family members who refused to allow hate and bigotry to dictate their own relationships. For that I am truly thankful! 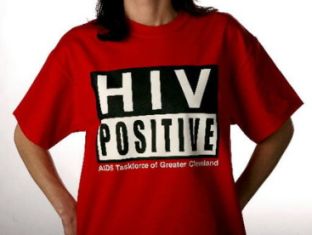 The second discosure is coming out of the HIV closet. For some this disclosure is seemingly easy, while for others it is nearly impossible. The same feelings that I mentioned previously are associated with disclosing your HIV status. Are people going to reject me? Will my friends and family stop talking to me? Are people only going to see me as a diagnosis?

For both of these disclosures, we look at history and that creates a baseline that we use as a point of reference. I think that for me it was easier for my family to learn that I was HIV positive than for them to accept the fact that I am gay. I mean, at least HIV has medications and treatments but gay, well... there certainly are no medications to fix that. 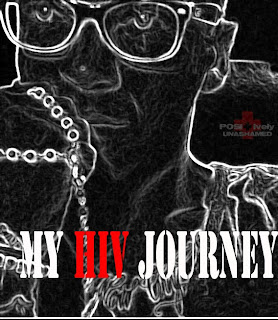 For me when I learned that I was HIV positive I initially did not want anyone to know. That did not last long and before I knew it I had decided to take my story to Youtube at "My HIV Journey" . I made my decision and there was no looking back. The reality is such that when you tell one person that ultimately many others will know, even if they say that they are not going to tell.

So I controlled the disclosure of my HIV status and I did it on my terms. I did not have any expectations of how people would react or respond to it but I was shocked when it was mostly supportive. Even my family reacted in a nurturing manner with love and concern.

Each person has to decide why they are wanting to disclose their status. For me, I knew that I wanted to leave my mark on society and on my community. That meant that I was going to put myself out there 100 percent. Once I did that then people couldn't talk. I had taken all the ammo away from them. What were they going to say, that I was positive? Big deal, I had already told everyone.

Another aspect I find interesting is when people wonder how their closest friends will respond or react. I would say that if you have to question that then it really says a lot about the friendship since HIV shouldn't even factor into the friendship. They should be there for you no matter, right? 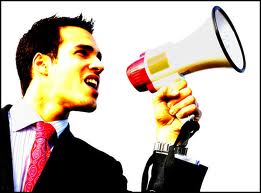 Recently we have seen celebrities such as my friend Jamar Rogers or Olympic Athlete Ji Wallace disclose their HIV status and that is amazing. You can do the same thing and have a huge impact as well. You never know who is watching you and what they are going through. Simply knowing that there is someone aound them that is brave enough to stand up against misconceptions and social injustice could very well save their life. Ultimately thought disclosing your HIV status has to be something that you do for yourself. Remember once you do it there is no going back. Not everyone wants to change the world or be there for other people and that is ok. Being an activist and advocating for social change is not easy and it is not for everyone. I truly believe that it is a calling since it does take dedication and devotion. 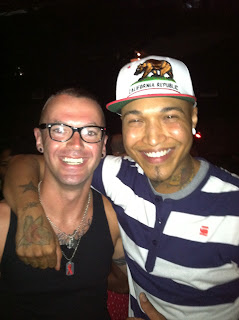 Things to do change without people standing up and advocacting for that change. We have seen this proven time and time again throughout history. Change however doesn't not come without sacrifice. I advocate for people to disclose their HIV status in order for society to have the ability to put a face to HIV. We are friends, family members, church members and so on... HIV does not change who we are it simply is an aspect of who we are.

There is a great quote that says "I would rather die on my feet than to live on my knees." That is how I try to live my life. Additionally I would never ask someone else to do what I myself wouldn't or haven't done. I live my life out loud and I hope that others will do the same. My name is Aaron Laxton and I am HIV Positive. Will you stand with me? If so make your statement at the " I AM HIV+" facebook page. 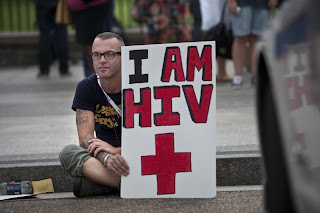