There is a new battle raging in the deep-south that without doubt could have implications for everyone living
with HIV/AIDS across the United States. Louisiana has found itself in a battle between those living with HIV/AIDS and insurance providers, namely Blue Cross/Blue Shield (BCBS) Louisiana. 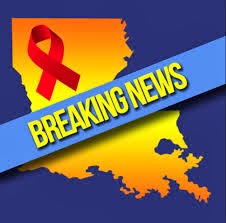 The Affordable Care Act, which was enacted earlier this year, has served to leave patients living with HIV/AIDS in the cold. Transitioning from statewide AIDS Drug Assistance Programs (ADAP) and other assistance programs has been anything but seem-less. Blue Cross/Blue Shield Louisiana has arbitrarily decided to not accept third-party payments; this is generally how those living with HIV/AIDS obtain assistance through Ryan White Care Act.

According to Robert Darrow who started the online petition, "The state's largest carriers is rejecting checks from a federal program designed to help these patients pay for AIDS drugs and insurance premiums, and has begun notifying customers that their enrollment in it Obamacare (The Affordable Care Act) will be discontinued."

As outlined in a Press Release put out by Blue Cross Blue Shield Louisiana, the insurer states "Effective March 1, 2014, Blue Cross and Blue Shield of Louisiana will no longer accept third-party payments for our individual members' premiums. Only the policyholder or an immediate relative (by blood or marriage) or legal guardian of the policyholder (e.g. parent, spouse, sibling) can pay for that policyholder's healthcare premium." Three of the four health insurers in Louisiana offered through the state-ran Market Place will now essentially deny insurance to people living with HIV who need assistance to be insured.

Why should you be concerned about this if you are not living in Louisiana? The fear among advocates and AIDS advocacy organizations is that the trend that is being tested in Louisiana will set precedence which will become the new standard nationwide. Mark S. King, Kevin Maloney and Dorian Gray Alexander have all taken the fight directly to the insurer via an online media and a petition through Change.org. Additionally advocates in southern-border states are closely monitoring the situation.

Should Blue Cross Blue Shield succeed the future of AIDS assistance programs for medical and prescription coverage could change for those who are the most vulnerable. If you have not done so already be take a moment to sign the online petition and let you voice be heard today.

I like the site very much. It broads my mind.
TOSHIBA PLT-805AT