Sequestration: Implications for the HIV/AIDS Community


Sensationalized terms such as “Fiscal Cliff”, “Sequestration” and “Debt Ceiling” have by now become a daily phrase for most Americans. Most citizens, and economists for that matter, will tell you that they have no clear understanding of precisely what it will mean. There is one clear thing that we know however, sequestration will cause instant reductions to the National HIV/AIDS budget by an estimated $659 million in the form of automatic budget cuts.
The federal government hit the debt ceiling back in August 2011. A number of lawmakers said they would not vote to raise the debt ceiling, and instead argued that the ethical thing to do was to make deep cuts in federal spending. Failing to raise the debt ceiling, however, would have prevented the Treasury from making interest payments on the government’s accumulated debt, and thus would have forced the U.S. Treasury to default on its loans.  Lawmakers ultimately did agree to raise the debt ceiling, and that agreement came in the form of the Budget Control Act of 2011. The Budget Control Act mandated $917 billion in cuts to military and non-military discretionary spending over 10 years, and formed a 12-member committee made up of lawmakers from both parties drawn from both the House and Senate. That group of lawmakers, nicknamed the super committee, was tasked with devising a plan for at least $1.2 trillion in additional deficit reduction over the coming decade.


But the super committee did not come up with a plan for $1.2 trillion in deficit reduction. According to the Budget Control Act, its failure to do so triggers $1.2 trillion in automatic spending cuts – sequestration. Those cuts were originally scheduled to begin in January 2013, though they’ve been delayed until March. Under the current agreement, sequestration is now delayed until March 1 when the automatic spending cuts will occur if no further agreement is reached. This deadline will also approximately coincide with Treasury Department estimates of when the U.S. will hit the debt ceiling and slightly precede the March 27 expiration of the Continuing Resolution (CR). Below is a snap-shot of what those living with HIV/AIDS can anticipate if no deal is reached to thwart sequestration.


·        AIDS and HIV treatment and prevention – Cuts to the AIDS Drug Assistance Program could result in 7,400 fewer patients having access to life saving HIV medications. And approximately 424,000 fewer HIV tests could be conducted by Centers for Disease Control (CDC) State grantees, which could result in increased future HIV transmissions, deaths from HIV, and costs in health care.


availability of HIV tests and prevention. This would cost the United States $250      million,since every HIV infection costs more than $300,000 in health care costs.

·        Should sequestration go into effect on January 2, 2013, federally funded sex education programs would face significant challenges in addressing the critical HIV, sexually transmitted disease (STD), and pregnancy prevention needs of our nation’s youth—thus impacting the future health and wellbeing of our country.


“Sequestration will undermine everything we’ve done to accomplish the National HIV/AIDS Strategy (NHAS) goals of reducing HIV incidence and death,” according to Chris Collins, Vice President and Director of Public Policy at amfAR. “Budget cuts through sequestration would bring crucial life-saving research at the National Institute of Health to a halt, squandering enormous scientific opportunities including AIDS vaccine and cure research.


•         NIH research – The National Institutes of Health (NIH) would be forced to delay or halt vital scientific projects and make hundreds of fewer research awards. Since each research award supports up to seven research positions, several thousand personnel could lose their jobs. Many projects would be difficult to pursue at reduced levels and would need to be cancelled, putting prior year investments at risk. These cuts would delay progress on the prevention of debilitating chronic conditions that are costly to society and delay development of more effective treatments for common and rare diseases affecting millions of Americans.


·        CHCDF estimates that sequestration would negatively affect more than 440,000 households and an additional 1.1 million people by decreasing affordable housing opportunities and community development services. These households and individuals are low and moderate income renters and homeowners in urban, suburban, rural and tribal communities, including the elderly, people with disabilities and people experiencing homelessness. The need for affordable housing and community development services far exceeds what current funding levels can provide and sequestration would accelerate the growth in the number of households in need.

President Obama and the Congress are playing a game of “chicken” and it is going to be those that need services that pay the high-price.

I urge each of you in the very strongest way to contact your representative in Congress and place pressure on them to actually do their job and reach a deal to avoid sequestration. As of the morning of 2/18/13 members of Congress had adjourned for vacation and the President traveled to Florida to play golf. It is my opinion that the entire administration and congress should not adjourn until a deal is reached.
Use the links below to determine who your member of congress is and how to contact them today. 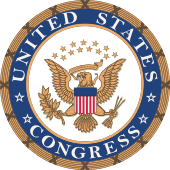 Contacting Congress
Congressional Directory
Remember that telephone calls are usually taken by a staff member, not the member of Congress. Ask to speak with the aide who handles the issue about which you wish to comment.
After identifying yourself, tell the aide you would like to leave a brief message, such as: "Please tell Senator/Representative (Name) that I support/oppose (S.___/H.R.___)."
You will also want to state reasons for your support or opposition to the bill. Ask for your senators' or representative's position on the bill. You may also request a written response to your telephone call.